Howdy folks! Many apologies, as I have been neglecting our website…I vow to do a better job going forward. Now, on to the music!

The Fauns have a great new video out for the song “4am,” off their latest album “Lights.”

And, as many of you have already seen, LSD and the Search for God have FINALLY released a new tune! It’s a track called “Heaven,” and it’s on an upcoming EP.

WATCH: LSD and the Search for God – Heaven

That’s it for now, but I hope to have some new release news really soon.

Oh, check out the online store if you haven’t in a while – I’ve added a bunch of new stuff, with more to come soon!

Happy New Year everyone! Here’s to a great 2014…I know we only put out one album last year – something we hope to at least DOUBLE this year!

While I don’t have any immediate release news to share, I can say I have heard some of the new White Cascade recordings and can honestly say it’s my favorite stuff they’ve done. They’re still in the final mixing stages, but I hope to have at least a new track up soon for everyone to zone out to.

SULK wrapped up an amazing tour with the Happy Mondays and went straight to work on their new album. Word is you may never hear the songs on “Graceless” performed live again. That would be a real shame, but at least you can own them on a nice, shiny, blue (or black) slab ‘o vinyl. It popped up on quite a few “Best Of” lists, so check it out if you haven’t yet – I guarantee a good time!

The Fauns new album “Lights” is now available from Invada – unfortunately I wasn’t able to get any for the distro, but I would highly recommend checking it out, as it is FANTASTIC. You can stream the full thing on Invada’s Bandcamp site now.

They’re also about to head out on the road across Europe with Alcest! Tour dates, starting on 1/17/2014, can be found on their Facebook page.

Word from the Tears Run Rings camp is that work has officially started on their new album! I heard a rough cut or two while I was in Portland in the fall, and really loved what I heard. I can’t wait to hear everything properly mixed. More details to come on this.

Moonbell have announced that their debut full-length “Afterlives” is coming out sometime early this year (I’ll post more info when I get it). They’ve been playing some shows out around San Francisco, so go see ’em!

That brings us to the one many of you have been asking about – the debut LSD and the Search for God album…well, I know it’s done and in the process of getting mastered. Seriously folks, I want to hear this thing as much as everyone else! Expect some news really soon – don’t know if we’ll be part of it, but rest assured that Randall and the Mind Expansion crew will do it right.

Other than that, I hope to have the distro restocked with some great new tunes…and I hope to give this site a makeover at some point, too.

Anyway, thanks for the support, and stay tuned!

Hi folks, just a quick note to let you know that we’ll be on holiday from 12/19/13 – 1/1/14! This means if you want anything shipped before we head out, order by Wed, 12/18. Just remember, though – this time of year is notoriously SLOW with all the extra mail going through the system. You can still order after 12/19, but it WILL NOT be shipped until the first of the year. A HUGE THANK YOU to everyone that has supported us over the years – 2014 is looking bright!

Invada is streaming the track “Seven Hours” (from the video below) on their Soundcloud page now! Take a listen, it’s pretty amazing. The album “Lights” is slated to come out on Dec. 2nd, and I should have a bunch in the distro for all you US fans that want to save on international shipping. And trust me…you will want this album.

FINALLY! New music from Deep Space alum The Fauns – this video is for the track “Seven Hours” from the upcoming “Lights” album on Invada on Dec 2nd. I should be getting a bunch of vinyl for the distro, so keep your eyes peeled.

The Fauns – Seven Hours from Mintonfilm on Vimeo.

The reviews of SULK’s “Graceless” lp are in…check out a few below!

Clank for Breakfast – “…their music feels passionate, played with fun, authentic, and filled with a pleasant dose of edges.”

Feed Me With Your Kiss – “…I am really really satisfied with listening to this album days on end.”

Your Music is Awful – “SULK ’s “Graceless” is one of the Albums of the Year.”

Vanayaland -“Overall, Graceless is a solid record and an intriguing debut, but much like their heroes from decades past…”

The Sound of Confusion – “The best thing to do is simply turn on, tune in and bliss-out. A scorcher.”

7 Bit Arcade -“Perhaps backward looking as this may seem, they have created a sound of their own…”

Digital Journal – “‘Graceless’ is emphatic, sweeping and balls-out brilliant (Where’s that thesaurus gone?) More importantly, it’s out now. You know what you have to do.” 9/10

Aglet Eaters – “It’s also worth noting that, despite their FANTASTIC hair, I am praising SULK on the worth of their music. Graceless must be good.”

This Feeling – “By no means a tacky tribute, but quite the opposite instead – a brightly glowing homage.”

Planet Notion – “…Graceless is a near-perfect balance between what was going down 20 years ago and what is being created and reinvented today.”

SULK lps are now in-house and getting packed up! thanks for all the orders so far. i’ll be posting the winner of the test press in a day or so.

here’s look at the finished product:

remember, blue is for our mailorder customers! snag one while you can!

that’s right, if you pre-order SULK‘s new album from us before next weekend (when the lps are scheduled to be here), you’ll be entered to win a test press! come next saturday (7/20), we’ll be drawing a random name and packing up a “Graceless” test press to send a long with the album to one lucky fan.  good luck and, as always, thanks for the support!

you can pre-order the album here!

hey folks, we’ve finally got SULK’s “Graceless” album up for pre-order. it will come housed in a heavy jacket, with printed inner sleeve and digital download card. if you’re not one for pre-orders, i am sure we’ll have plenty of color left once it’s in and shipping. you can check it out in the store! 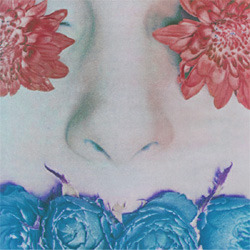 looks like we’ve hit a bit of a snag with the SULK lps…we may have to have the plant redo the plates, as we didn’t think the tests sounded anywhere near what we wanted. it’s extremely frustrating, as we wanted to have this out at the beginning of july; now it looks more like towards the end, but we’ll keep you updated.

that said, our first sale of the summer is on the moonbell cd! you can pick one up all summer for just $6!

we’re also hoping to stock up the distro a bit more, and we’re currently waiting on the new merchandise lp and some other items. we’ll post when they’re up.